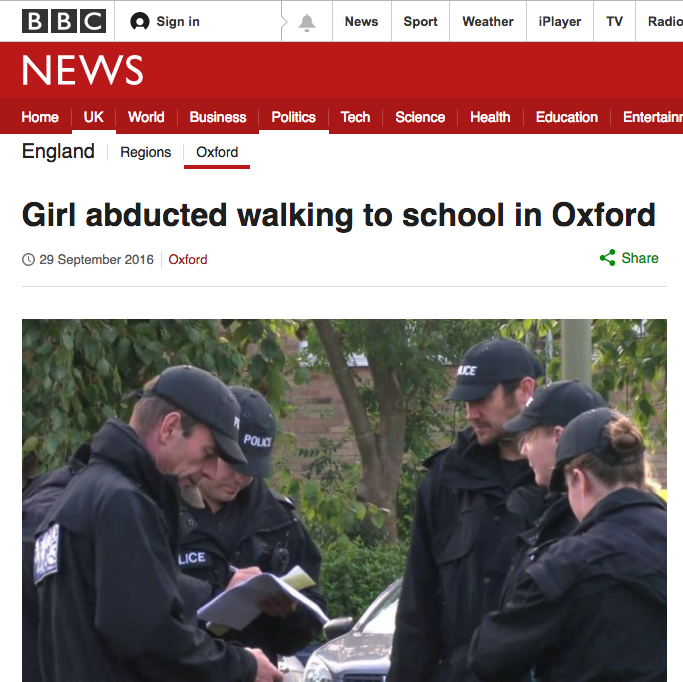 Yesterday (29 September) news of the abduction and rape of a teenage girl in Oxford made national headlines. The 14 year-old, walking to school, was forced into a car on a busy street in the Summertown area of the city. She was raped by two men, and found over three hours later approximately one mile away asking for help.

Action Against Abduction’s Chief Executive, Geoff Newiss, spoke to BBC Radio Oxford and BBC Radio London to talk about the issues. Whilst over 1,000 child abductions were recorded by police in England and Wales last year, few result in such serious harm to the victim.

Geoff also spoke about the charity’s focus on replacing the out-dated ‘Stranger Danger’ approach to child safety. A new approach is needed focusing on getting children to recognise dangerous situations, rather than strangers, and giving them the confidence to act when confronted with such a situation. A follow-up BBC article explored the issues further, asking ‘how common are child abductions in the UK?’

Please click here to join our Safe, Not Scared campaign.