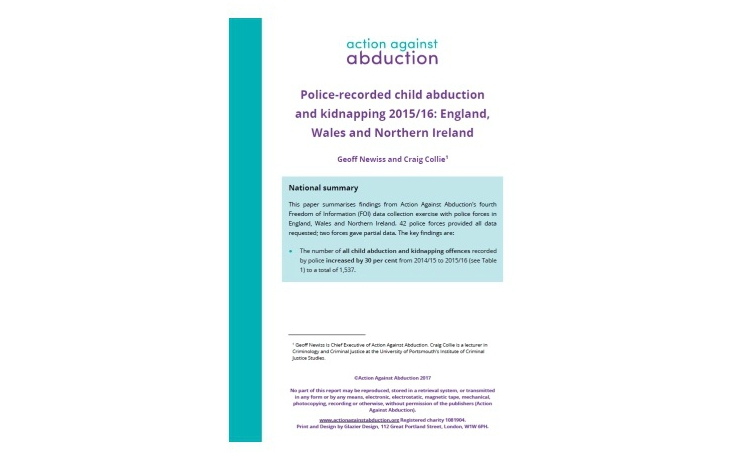 New statistics published today by Action Against Abduction show that police in England, Wales and Northern Ireland recorded 835 non-parental child abductions in 2015/16. This is more than double the number recorded four years ago (352 offences were recorded in 2012/13).

Geoff Newiss, Chief Executive of Action Against Abduction, said “The large rise in non-parental child abduction is certainly cause for concern. However, the statistics may be the result of the police doing a better job of recording crimes reported to them than in previous years, rather than a surge in actual abductions. Further analysis is needed to know what is really going on.

Nonetheless, the upward trend does underline the importance of giving our children the right safety advice. Unfortunately too many children are still hearing about ‘stranger danger’ at home and in school. We know this doesn’t work and just causes fear and confusion. We’ve developed Clever Never Goes to replace it once and for all.”