This is the highest in over a decade. Action Against Abduction’s research suggests that this trend is the result of large increases in the number of non-parental child abduction offences². 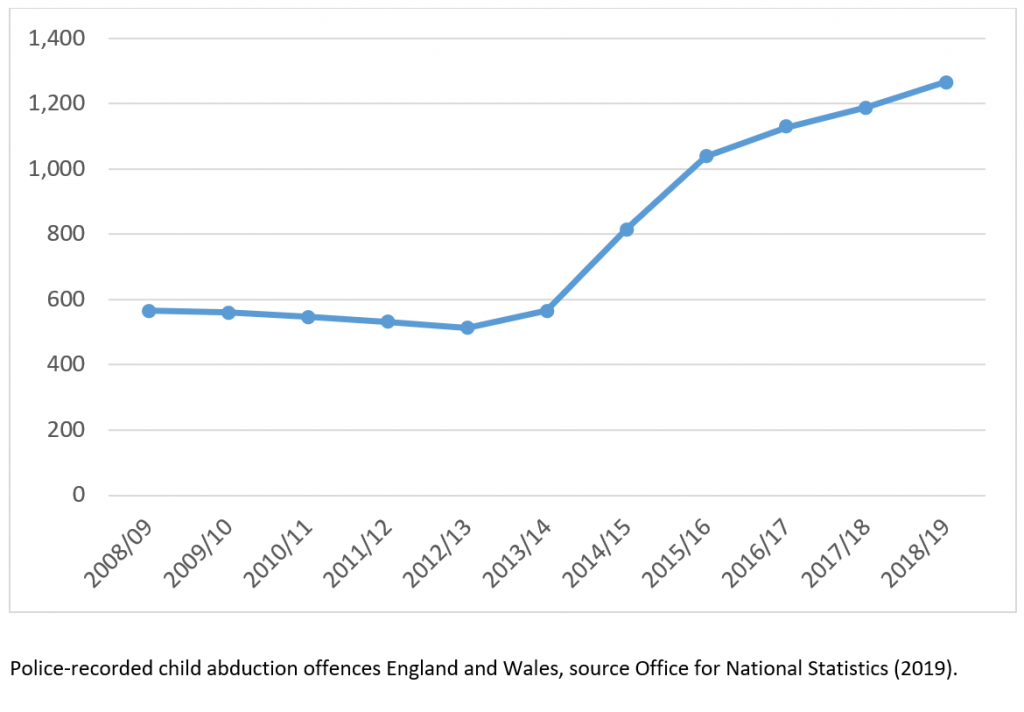 The Police Service of Northern Ireland (PSNI) recorded 35 offences of child abduction in 2018/19, compared to 27 the previous year³.

Police-recorded offences include completed abductions (where a child is actually taken) and attempted abductions. However, many more incidents go unreported to the police and some incidents that are reported may not be recorded.

In 2017/18 Police Scotland recorded 233 offences of abduction (involving both child and adult victims) and one offence of child stealing/plagium⁴.